At the beginning stages, most of us are happy just to get the ball in the court. With practice, you can place your serves with a degree of accuracy. Since you have the opportunity to place serves where you want, you might as well know where the recipients will have the most trouble.

First, almost all good serves land far back, close to the baseline. If your serve is short, the opponents can approach the kitchen right away, and in many cases, return a diagonal ball into your kitchen that you’re not ready for. Instead, you want to keep them away from the kitchen as long as possible.

Therefore, you may be amused to discover that when you’re serving from the right half, a serve that’s as diagonal as you can manage, into your opponent’s forward right corner, just behind the kitchen line is ridiculously difficult to return. This serve violates the notion that all serves should be close to the baseline. The recipients have to stand behind the baseline in case you serve deep and direct, so serving into the front right corner will make them run forward, putting them at a disadvantage. You don’t generally want a high, slow serve into the front right corner, because that will give the opponent time to respond with a diagonal into your kitchen or maybe even a dink that will put your team on the defensive. The interesting thing about this serve is that it is to the forehand of right-handed players – 89.9% of the population, and so you’d think it is not hard to return. Oddly, serving from the left court to the very diagonal left corner does not have the same effect on a right-hander. They are more easily able to return that as a backhand.

That being said, the serve to the right front corner gives even left-handers difficulties. 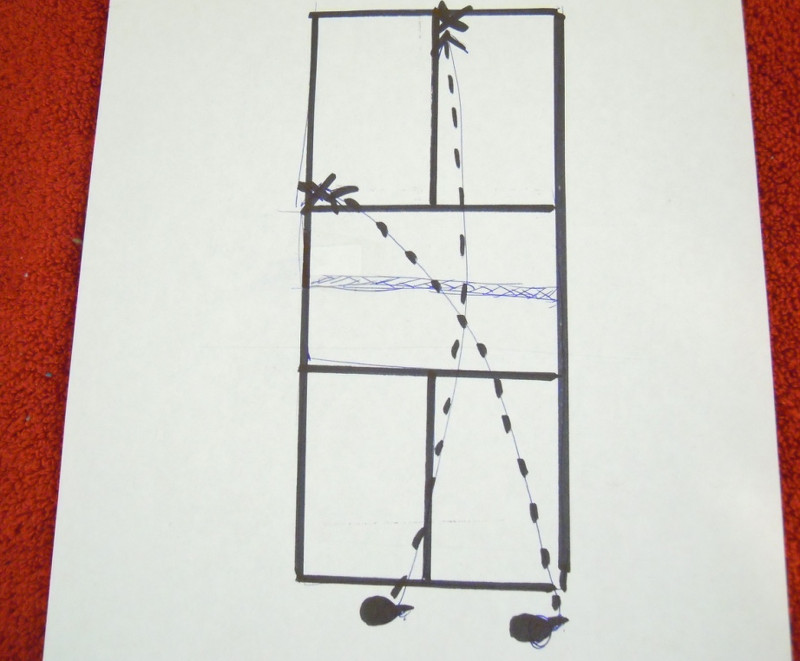 Notice that the serving positions are as far right as possible.

Now that I’ve said all that, I also need to state the obvious: You don’t want to serve this way every time. Your opponents will learn how to return it. The expert server will mix these in with lob serves, fast and direct serves into the center or opposite corners, and anything else that keeps the recipients away from the kitchen.

For beginning and intermediate play, another option is a very short spin serve, as mentioned in the previous section. If you plant a short and very spinny serve just behind the kitchen line, your recipient is almost sure to respond poorly.