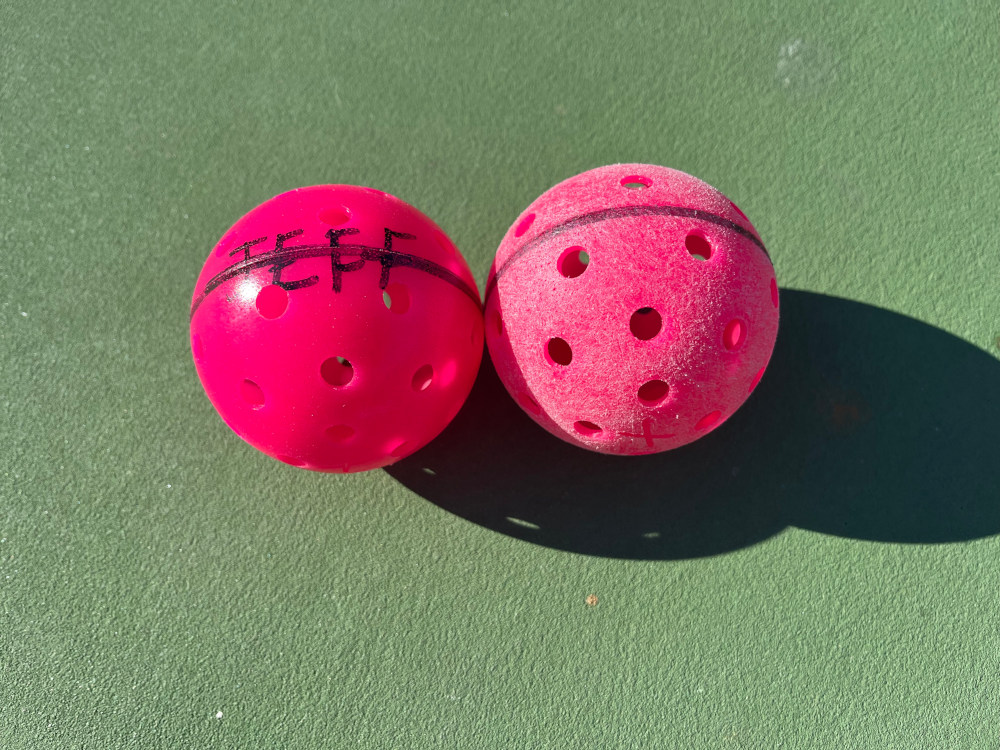 One of the courts I frequently play on is partially covered with shade trees. For many players, seeing the pickleballs in the mottled shade and sun is difficult. This affects some players more than others. Colorblindness may be the issue. It is surprisingly common. (Try the fun little colorblindness test and exercise, and find out whether you are colorblind.)

So, I brought some ‘optic pink’ pickleballs to the courts, and sure enough, some players were able to see them better. However, other players felt they could see the yellow balls we had been using better.

In any case, the pink balls are fun because they are so different.

After lots of hard play, none have cracked yet, a problem that used to frequently plague pickleballs until a few years ago. They do get scuffed. Man, do they get scuffed! As you can see in the picture above, one is brand new, the other has been used for less than ten games.

To my surprise, when you slice and otherwise try spin shots, it seems that the scuffed ones don’t perform any better than the brand new ones.

In all other ways than color, these are exactly like the regular Franklin outdoor pickleballs. They have the same weight, number and size of holes, bounciness, and so on.

The only source I have found for these pickleballs is Ebay .