I had an opportunity to test some interesting pickleball paddles.

I bought this kit at Target. Containing two paddles and two balls, the price was $19.99! 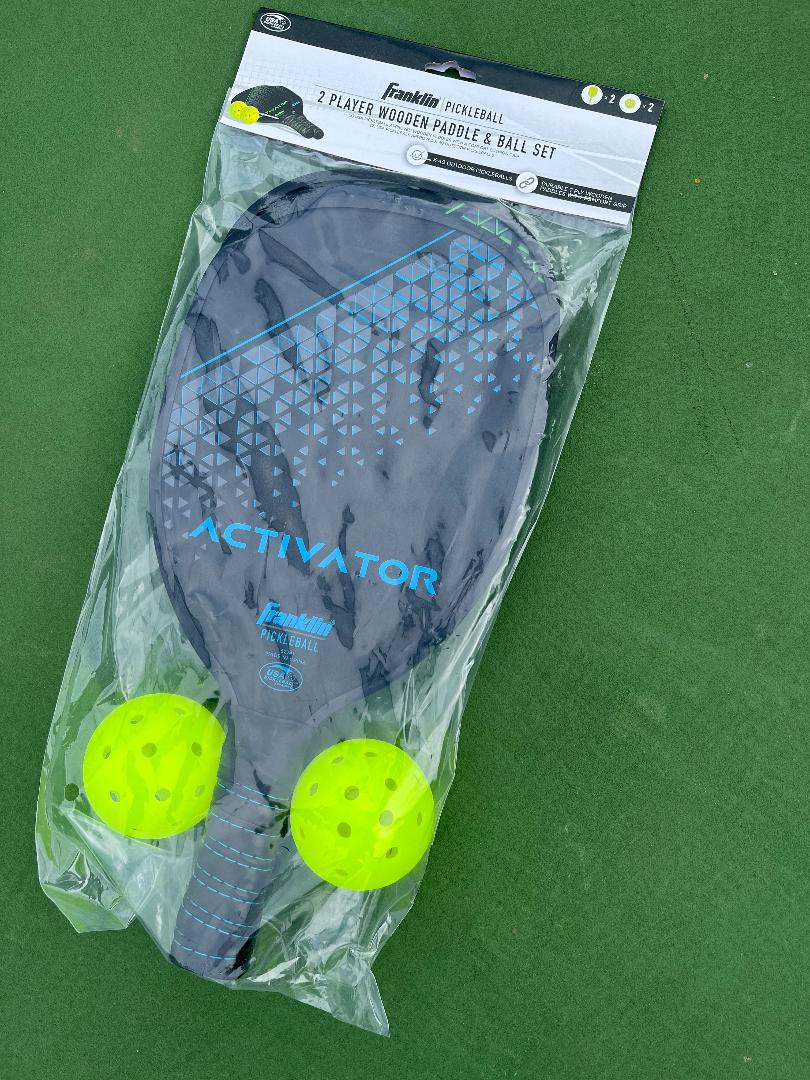 You would think for that price, you wouldn’t get much. Well, let’s see.

We can start with the two pickleballs. They are actually ordinary Franklin balls, and held up fine in play.

Now, what about those paddles? I mean, $10 each, really! Well, I used both of them for about one game each, and I was actually impressed.

One of the two came in the package with a scratch: 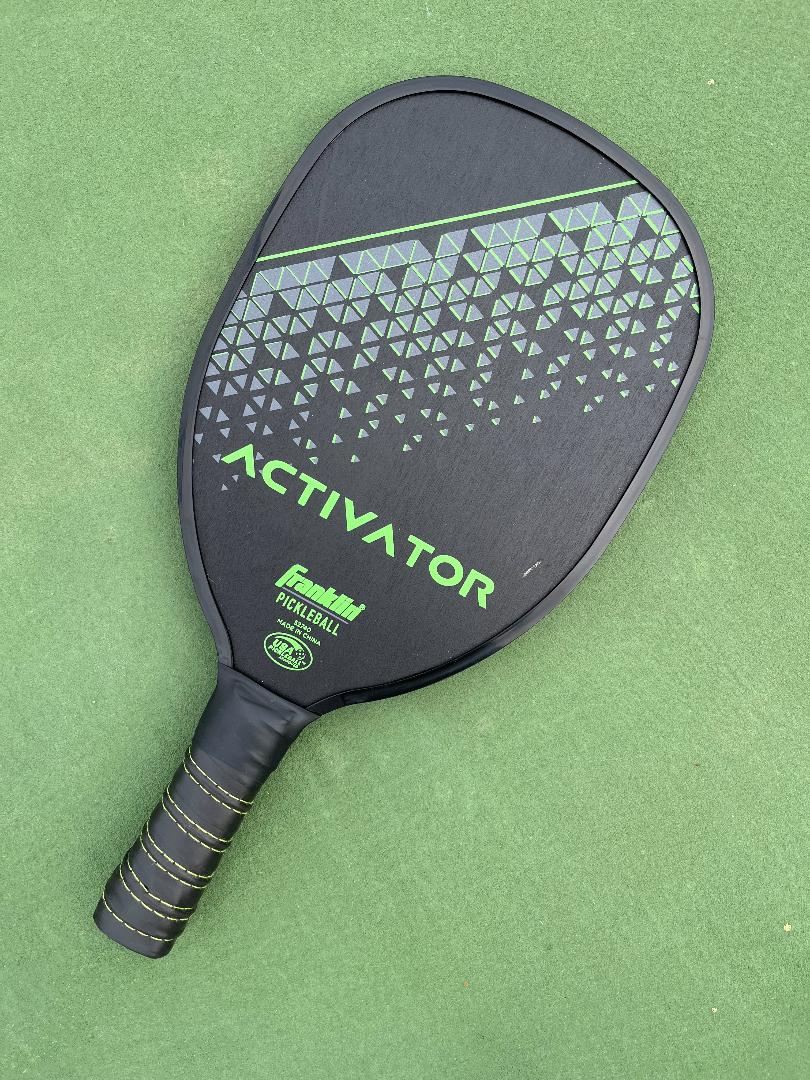 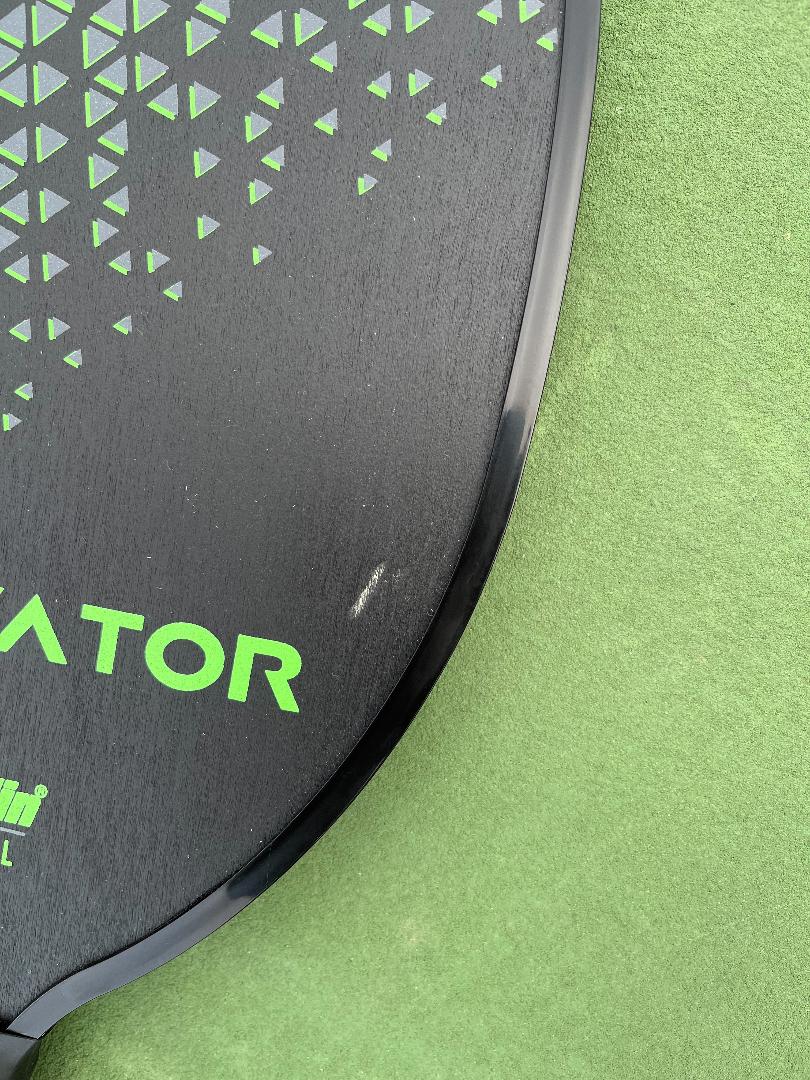 But that’s me just being picky. The scratch had no effect on the performance.

They played fine. The painted wooden surfaces were uniform, meaning if I hit the ball a little away from the center, it still sent the ball where I expected it to go.

I was a bit surprised about the sound they make. Both paddles made a rather loud and high-pitched sort of double ‘bap’ when hitting the ball, as if something is loose inside. Maybe it’s the edge guard rattling.

The paddles are slightly heavy compared to high-end paddles, weighing an estimated 8 ounces (226 grams), although I didn’t actually weight them. Players put a lot of emphasis on lightweight paddles, but the difference is tiny. Heavy paddles actually have an advantage that you can impart more energy for smashes, and long backcourt drives. Perhaps one cannot respond quite as quickly at the kitchen line, but again, the actual difference is tiny.

In short, if you want to suggest affordable paddles for your friends, or have a couple of paddles to loan out, these would be great. If you are a 5.0 player, and are forced to use one of these paddles, you’d probably win as many games as with your $200 paddle. 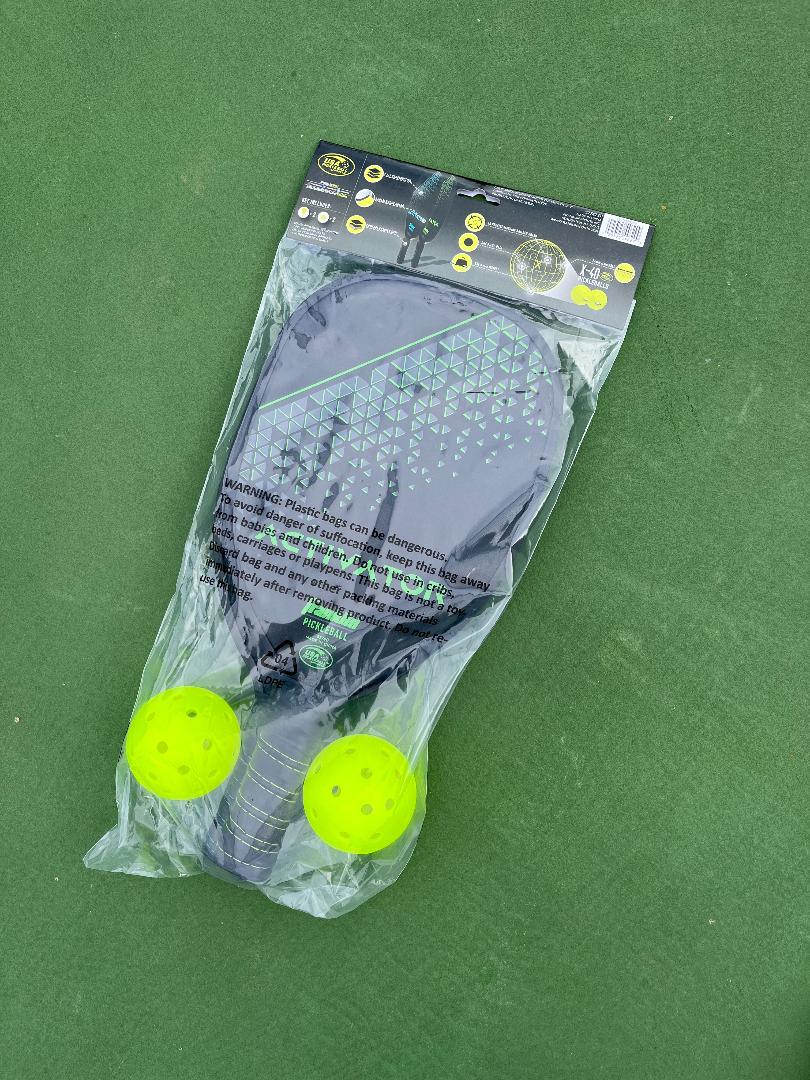